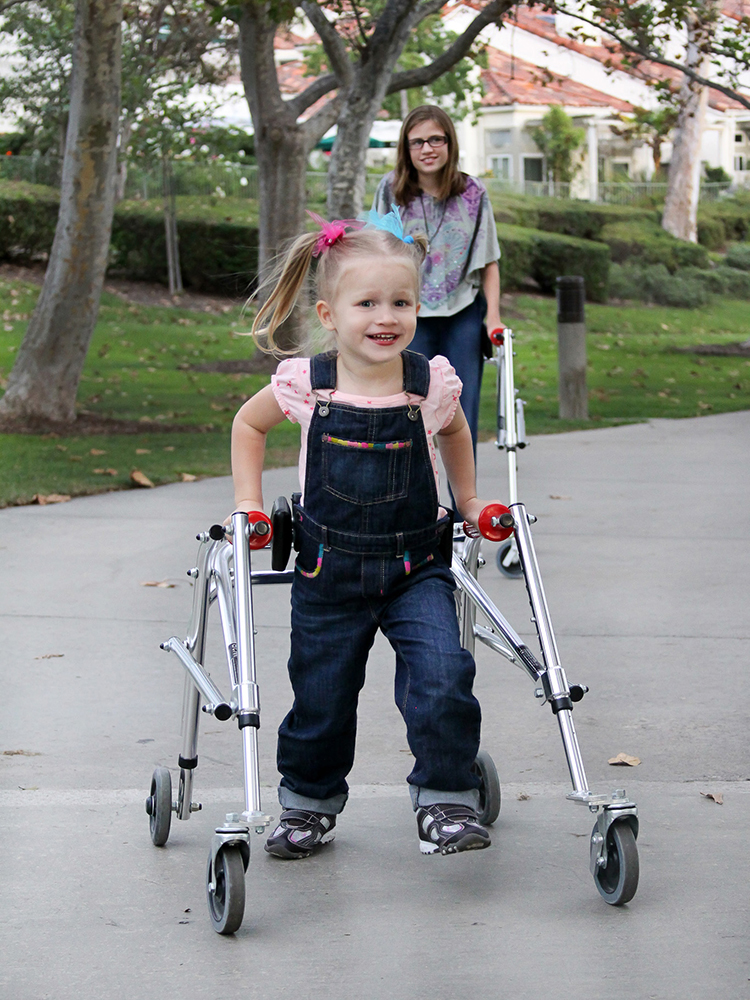 Family learns there may be hope for three daughters who all have same disorder.

Cristy and Rick Spooner of Rancho Santa Margarita finally learned two and a half weeks ago that two of their three daughters have a rare genetic disorder, a diagnosis for which they waited more than a decade. All it took was reconnecting with a UC Irvine geneticist last summer.

The Spooners’ oldest, Calyn, who goes by “Cali,” started having tremors at 4 months old, says Cristy, 35. She and Rick, 41, took her to a pediatrician, then to a neurologist. The doctors thought she was having seizures.

“They admitted us, and in four days at the hospital, they ran every test [they could think of],” Cristy says. Each test found Cali, now 14, wasn’t having seizures. Doctors ran out of answers. Their youngest, Ryann, started exhibiting the same symptoms at about the same age. “She kept shaking her head ‘no’ and her eyes were twitching,” Cristy says. “Everyone was obviously more aware because we had gone through this with Cali.”

When Ryann, now 3, didn’t sit up or meet other typical milestones by her six- and nine-month check-ups, their pediatrician sent them to the neurologist.

“That time, we were admitted to [Children’s Hospital of Orange County] immediately,” Rick says. “T hey ran the same battery of tests from 13 years before. MRI, video EEG, spinal tap. It was literally deja vu.”

Nicole Boice founded the Global Genes/RARE Project almost four years ago after watching her friend’s son suffer for two and a half years before being diagnosed with Joubert syndrome.

Basically, he was born without part of his brain, Boice says.

“I was flabbergasted that here we are with the best child care in the world, but we missed this,” she says.

There are 7,000 rare diseases affecting one in 10 people worldwide, according to the project’s website, <a href=”globalgenes.org”>www.globalgenes.org.</a>

She started to see lots of similarities between families dealing with rare diseases and wondered how such a massive community could exist, yet have no support.

She left her full-time job and started the Global Genes campaign, similar to the pink ribbon campaign for breast cancer.

Once the Spooners found out they were dealing with a rare disorder after Ryann was born, friend Kim Sherman told the Spooners to talk to Boice. Sherman owns Echo Media Group, which handles public relations for Boice’s Global Genes.